The Worlds of Science Fiction (Part 2)

The majority of my fiction consumption is in the form of short stories, and the collection I read most recently is called The Worlds of Science Fiction. I wrote about it before here. I finished reading the book recently and the highlights are as follows.

"A Saucer of Loneliness" by Theodore Sturgeon

Theodore Sturgeon is one of my all time favourite writers in any genre – he is classified as a science fiction writer but his style and subject matter is often hard to pin down to anything so specific. Sometimes very dark, sometimes really sweet, his stories always illicit a strong emotional reaction from me, even when they’re barely comprehensible.

This story is about a woman who is touched by a flying saucer while walking down the street one day and receives a special message. Afterwards, people view her only as the woman who talked to the flying saucer, and her life becomes a toilet flush of sadness and isolation. It’s a weird story, and beautiful in its weirdness. Sturgeon has a way with words that’s simple, and fantastical, and dreamlike, but also very real. “The novels were alright for a while until she found out that most of them were like the movies – all about the pretty ones who really own the world. So she learned things – animals, trees. A lousy little chipmunk caught in a wire fence bit her.” It's elegant but also frank. I think that juxtaposition is what I like so much about Sturgeon's work, and this is a great example of it.

About a guy who visits a planet with no resources or strategic value, inhabited by a race of semi-humanoid aliens called Yahoos. Passing space ships stop on the planet to let their crews “blow off steam” by hunting the Yahoos and raping their women. The guy is upset by that and attempts to do something to stop it, with mixed results.

I really like science fiction stories that get into the ecology of alien worlds. Even if I don’t really care for the story, I find it interesting (and that’s pretty much how I got suckered into finishing Dune. It’s the worms, man). I did like this story. It was a little heavy handed maybe but it was good.

I also have some pretty strong thoughts on conservation and the fact that humans are super shitty to pretty much everything that's alive, so this story got me in the feels pretty good.

I had read this story before, in one of those books that was one book on one side and then you flip it over and it’s another book on the other side (the book it was attached to was The Widget, The Wadget, and Boff by Theodore Sturgeon, I think I've made my feeling about him explicitly clear), and didn’t really like it a whole lot.

It’s about a time travel institution where plant, rock, and animal specimens are pulled out of prehistory to be studied. One such specimen is a small Neanderthal child who is put under the care of a nurse and taught to act like a human. After several years of bonding with the boy, she learns that the institution needs the space more than they need him and is planning on unceremoniously dumping him back in his own time despite him no longer having the skills needed to survive on his own.
It’s actually a good story and pretty well written, the setting is interesting and the conflict is both believable and heartbreaking. If it were written by somebody who had ever met a woman, I might have liked it.

It’s just that the main character, this nurse, is such a lame cutout of 1950s misogynist femininity. Okay, she’s maternal, that’s the point of the story, I have no problem with that, but it gets turned into this whole "women are so sentimental" thing which is grating to say the least. Plus she's got this weird, creepy infatuation with her boss, she gets really disappointed when she finds out he's married, and then acts really catty towards his wife and son. Coz, you know, that's what women do, we fall in love with any man that pays attention to us, even if it's in a professional setting. It's surprising that there wasn't a scene in the story about how she had mixed feeling about going to work for the institute because she couldn't bring all of her shoes.

Anyway, not a bad story, that stuff just annoys me quite a bit.

Any stories you want to recommend to me? Or maybe you're incensed that I slammed Isaac Aasimov? Either way, leave me a comment, yo, we can talk about it.
Posted by fingerwitch at 1:21 PM 1 comment:

Back in February my boyfriend and I got our own apartment together. No roommates, no weird mold in the walls, no furniture. Apart from my desk and dresser and the few crappy bits and pieces of shit I picked up to sit or sleep on over the last year or so, we had no furniture. So we did what any broke ass couple would do in our situation. We went on an antique crawl through Halifax. I quickly realized that antique stores are kind of the opposite of thrift stores in that you will not get something for less than it is worth so I didn't end up buying much of anything but I saw a lot of cool stuff and went in a lot of cool stores. Some of the antique and curiosity shops I visited and liked are as follows.

McLellan Antiques and Restorations 2738 Agricola Street When I went here I read "restorations" as "restaurant" and didn't realize my mistake until I left the store. So I was pretty confused while I was in there. My apparent inability to read aside, this place has some really nice stuff in very good condition, and it smells like wood polish which is nice for sure. I would definitely buy from them, everything looks gorgeous. It's also very expensive but I'm guessing not overpriced for the quality.

Finer Things Antiques and Curios 2797 Agricola Street Right across the road you've got Finer Things which is more the kind of store you would expect - there's stuff everywhere, on the floor, on shelves, piled on top of other stuff. There's big stuff, nice stuff, expensive stuff, found stuff, anything that could be considered antique or collectible in any way, it's there. The childhood hoarder in me is delighted by stores like this coz yeah it's packed with stuff but it's all so meticulously organized. If I could get my house to look like that I'd be happy.


Zion's Gate Boutique 47 Williams Lake Road I read about this store in the Rotary News and to be honest I was expecting a little more. Something sort of like a curiosity shop, and less like yet another curated thrift store. It's also really small and the owner is right there so it's like you can either awkwardly make small talk or awkwardly not make small talk. Either way it's kind of weird. That being said, it is the only store where I made a purchase on this particular excursion.

So, alright, this is probably my favourite store in Halifax. It's just so weeeeeird, it's part antique store, part craft collective, part straight up junkyard. There is shit all over the place, some of it's cool, some of it's not, there isn't really any rhyme or reason to it. People looking for something in particular, or expecting a traditional shopping experience, will not be impressed. But anybody who would rather just delve through a bunch of freaky weird shit, this is the store for you. Got a favourite antique store or curiosity shop in Halifax? (Or anywhere else for that matter) Give me a shout in the comments, I'm always looking for new purveyors of weirdness.
Posted by fingerwitch at 1:20 PM No comments:

Labels: antiques, Halifax, lists, shopping, things to do in halifax

Internet Wishlist: Animals On Everything

Periodically I like to go through the bookmarks on my phone and look at all the pages I saved with the intention of one day buying some of this stuff. Maybe one day I will. For now it's just fun to look at.
Zebra Print Racer Back Top

Every girl should have at least one garish animal print item in her wardrobe. This one is cute.
Source: The 15 Dollar Store
Price:: 15 Dollars 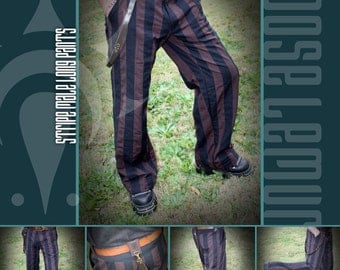 I think these are supposed to go with a steampunk outfit but they also remind me of Obelix's pants and give me sort of a Viking vibe.
Source: Etsy
Price: $135.92 CAD

For whatever reason, most girls have an affinity with some kind of cute and fuzzy animal. My grandma was into hedgehogs. Some girls like everything to be kitty shaped. I like penguins. I have a penguin towel, I have penguin binoculars. I need somewhere to put my change, why not a penguin change purse?
Source: Bealls Florida
Price: Out of stock. Fuck. 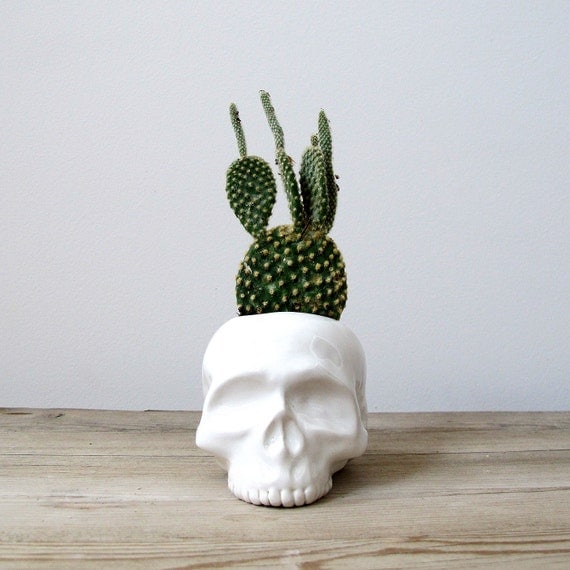 Much nicer than the ice cream containers and cream soda bottles I currently keep my plants in.
Source: Etsy
Price: $51.19 CAD 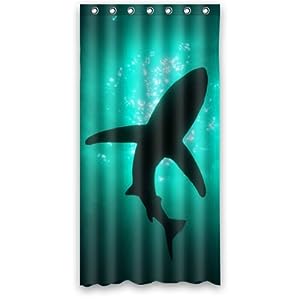 Another animal I like is, ironically, sharks, eaters of penguins. What's cooler than taking a shower with a shark on the curtain? Nothing, that's what.
Source: Amazon
Price: $28.98 plus shipping Fun fact: a butterfly is actually my spirit animal. No lie, I learned this during guided meditation in my youth. It's a funny story how that went down, and also a story for later. The story for now is that I wanted to get a tattoo of a butterfly but feared that it would be interpreted less as "this is my spirit animal because of it's strength", and more as "I have zero taste or imagination". Butterfly earrings I think are acceptable.
Source: Etsy
Price: $43.81 CAD

My mom used to (and possible still does) have all these pie plates with recipes on the bottom. That always struck me as both stylish and incredibly practical which is my favourite combination of things. I need to get me a couple of these.
Source: Etsy
Price: $15.48 CAD
Posted by fingerwitch at 1:18 PM No comments: