A couple weeks ago I was over at my buddy's house and for some reason the topic of Sea Monkey's came up. I think, possibly, her roommate was unfamiliar with the concept and I spent a good deal of time (loudly) explaining what it was, going in to great detail the acute disappointment I, and every other person ever exposed to Sea Monkeys, felt when they turned out to be much less exciting then depicted on the packaging.


A few days later my roommates were at Value Village and found an unopened Sea Monkey kit for the low price of $1.99 and got it for me. And so my adventure to relive the downside of my childhood began. 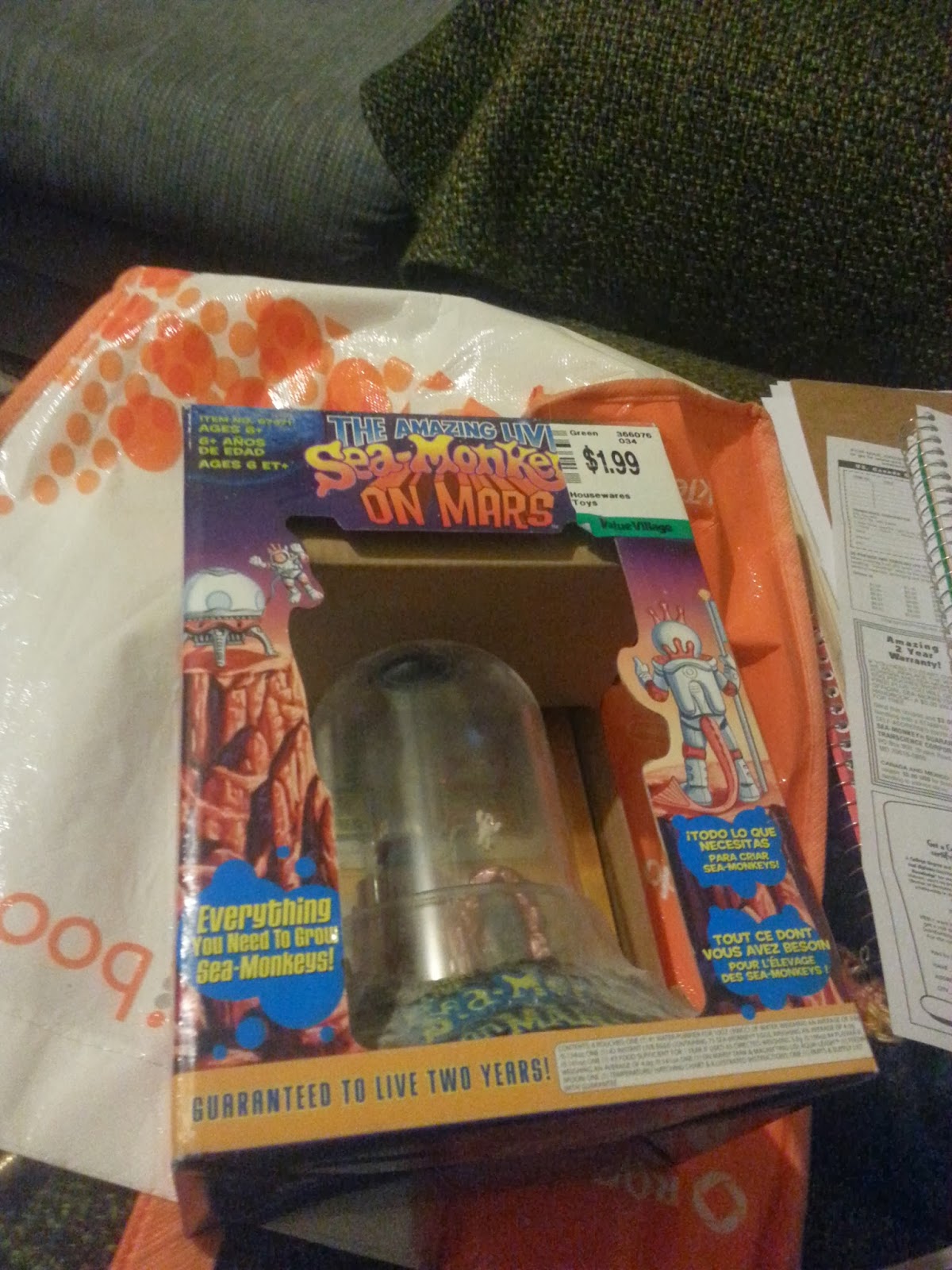 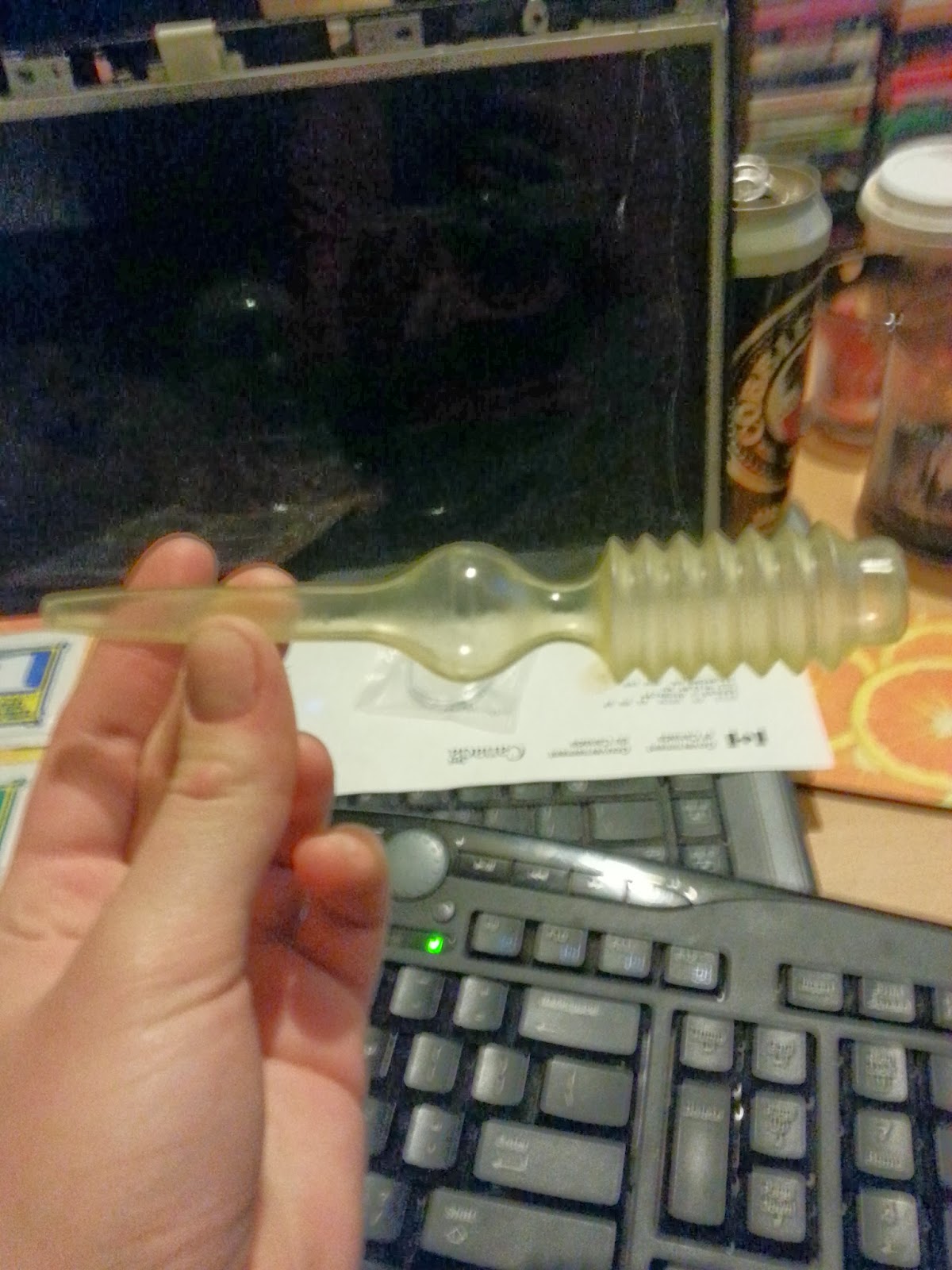 I found this weird thing in there. Once I was finished being horribly disturbed, my roommate told me apparently it's for picking the Sea Monkeys up to look at them? I am not entirely convinced of that. I made sure to put it as far away from me as possible. 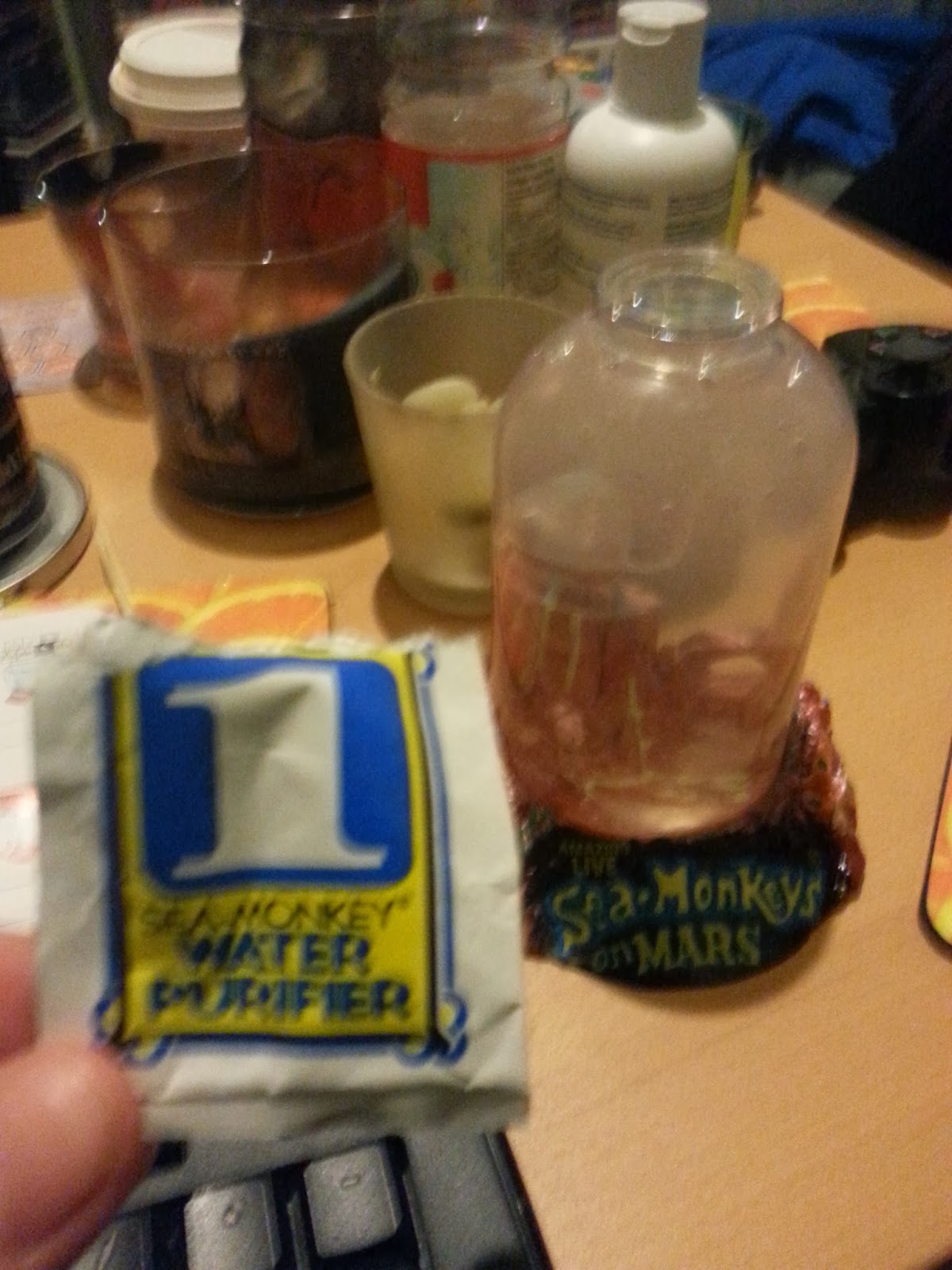 Added water and water purifier. Boys oh boys is this exciting. As soon as I put water in the tank, it occurred to me that wherever I put it my cats were probably going to knock it over and/or try to drink out of it. I settled on my dresser, far away from my books and electronic devices, to reduce the amount of damage caused when they finally do take it down. 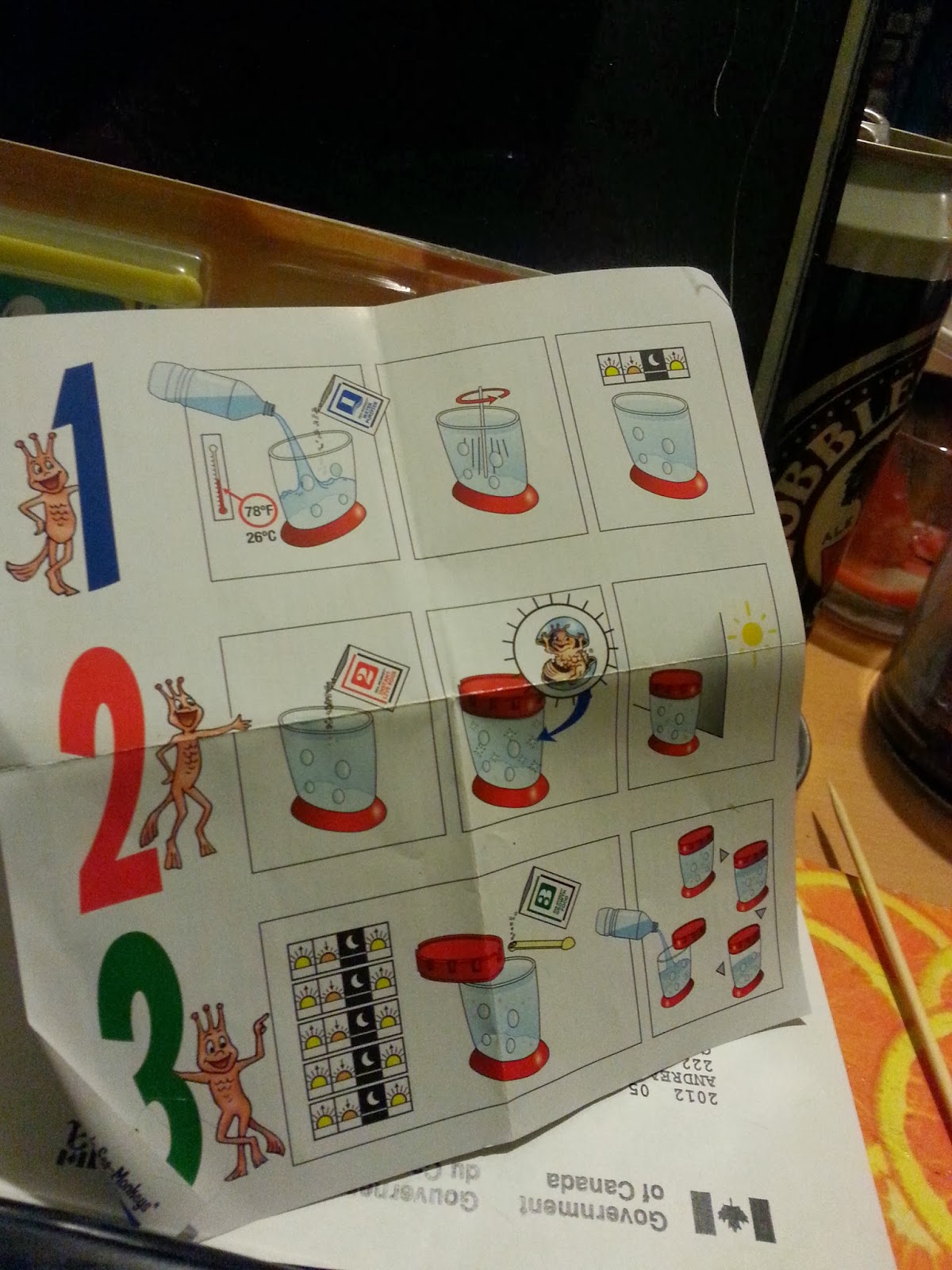 The kit came with these mysterious pictograms. Just to clarify, it has written instructions. I guess if you can't read, you can puzzle over the meaning of this instead. 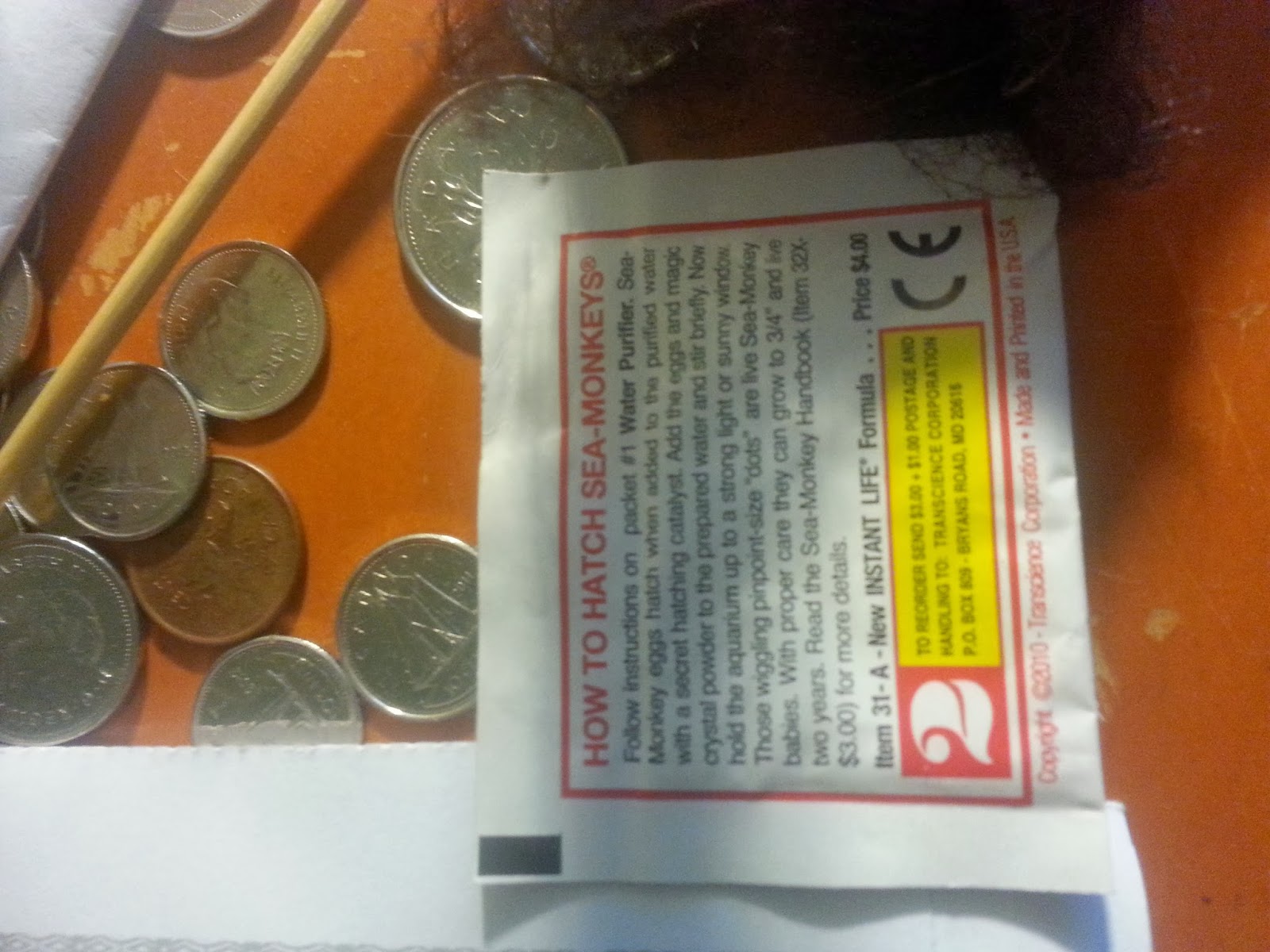 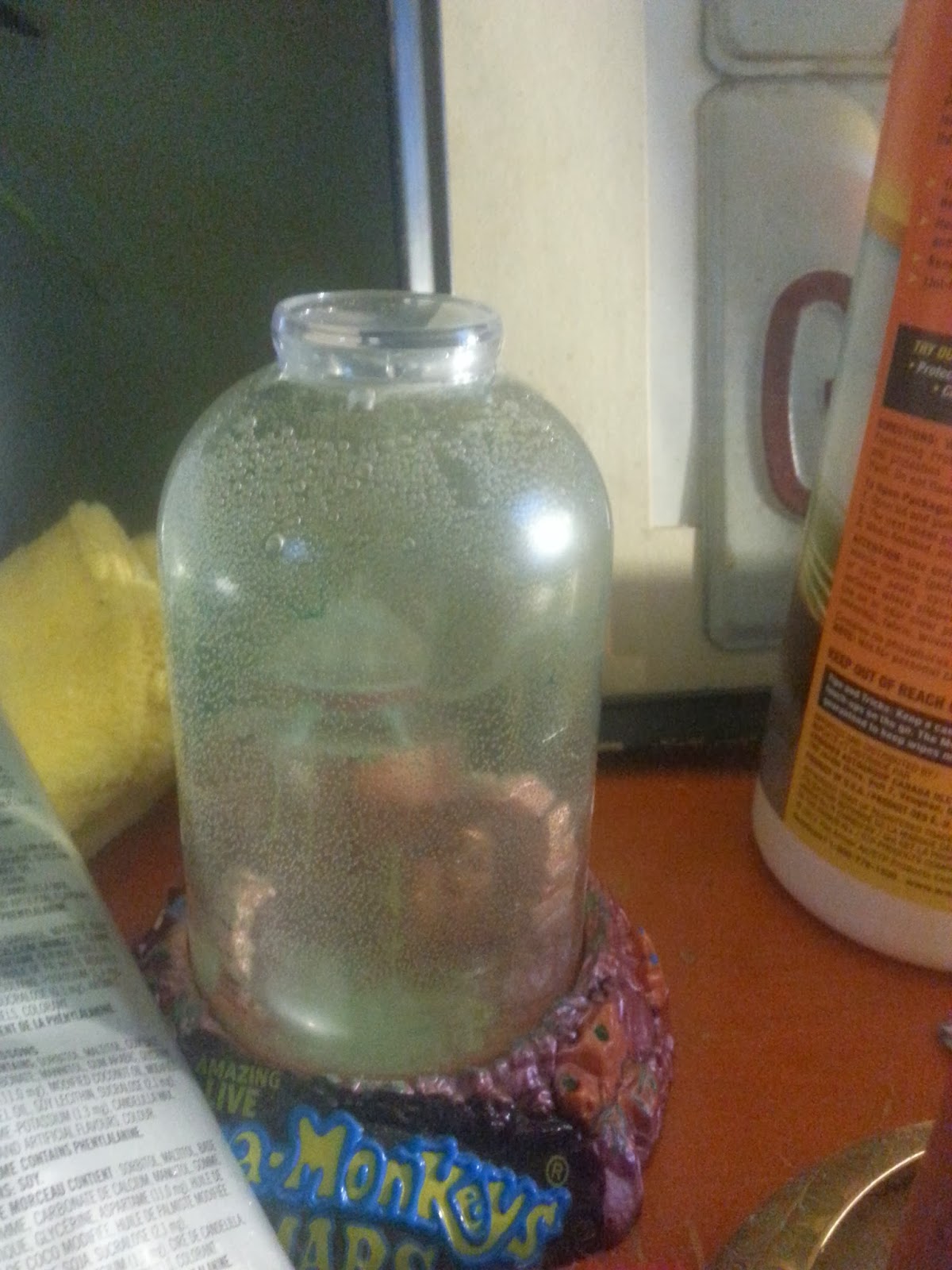 The written instructions said that the Sea Monkeys should hatch instantly. Mine did not. I assume that because my house is colder than, like, 80 farenheit, they might take a little longer.

Saw something floating in there. Possibly dirt.

As usual, my interest turns to neglect. 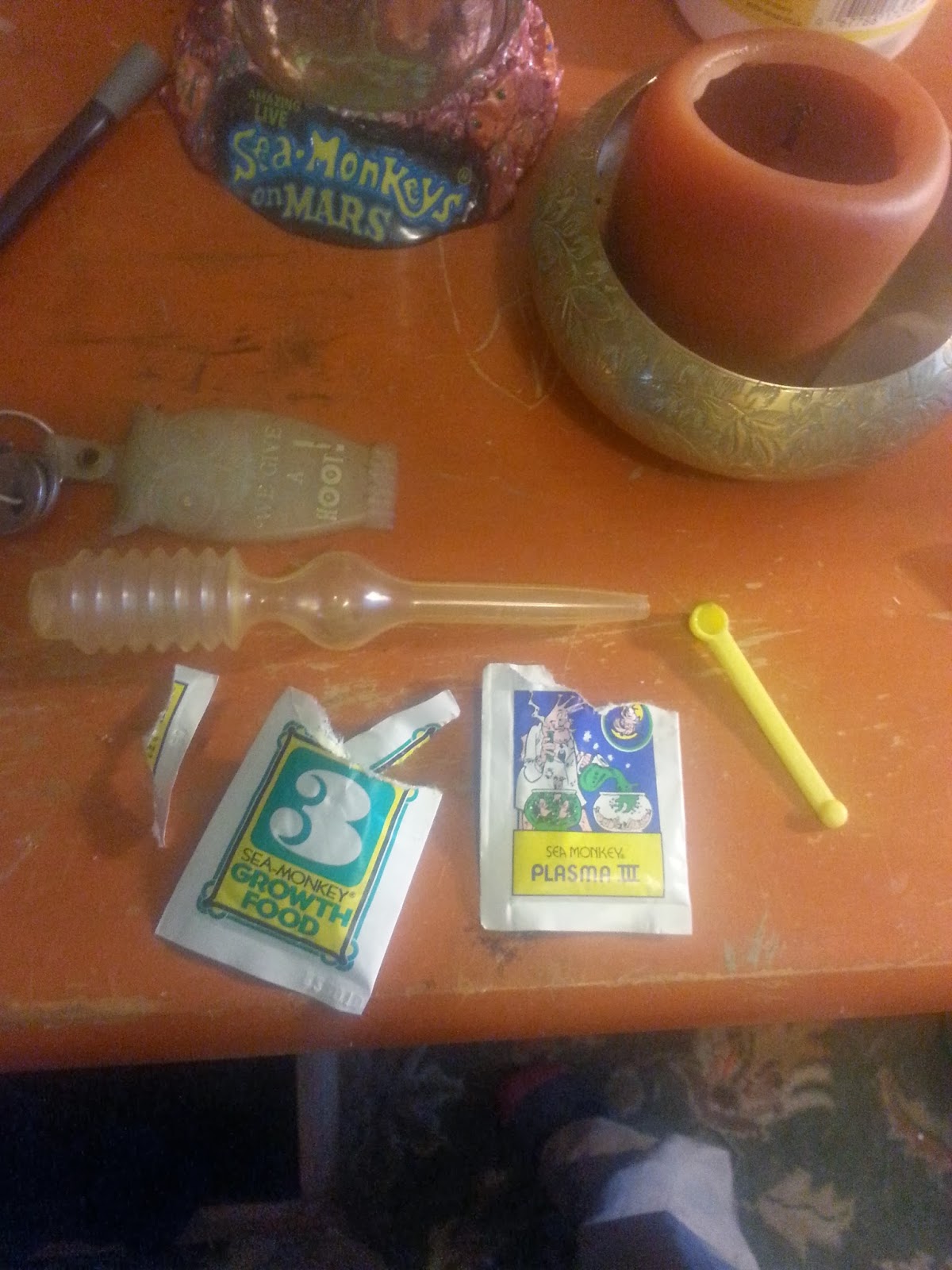 Added food and Plasma. The Plasma is supposed to make them grow bigger and/or better. I dunno. Also that weird, fucked up probe is back, what the fuck. 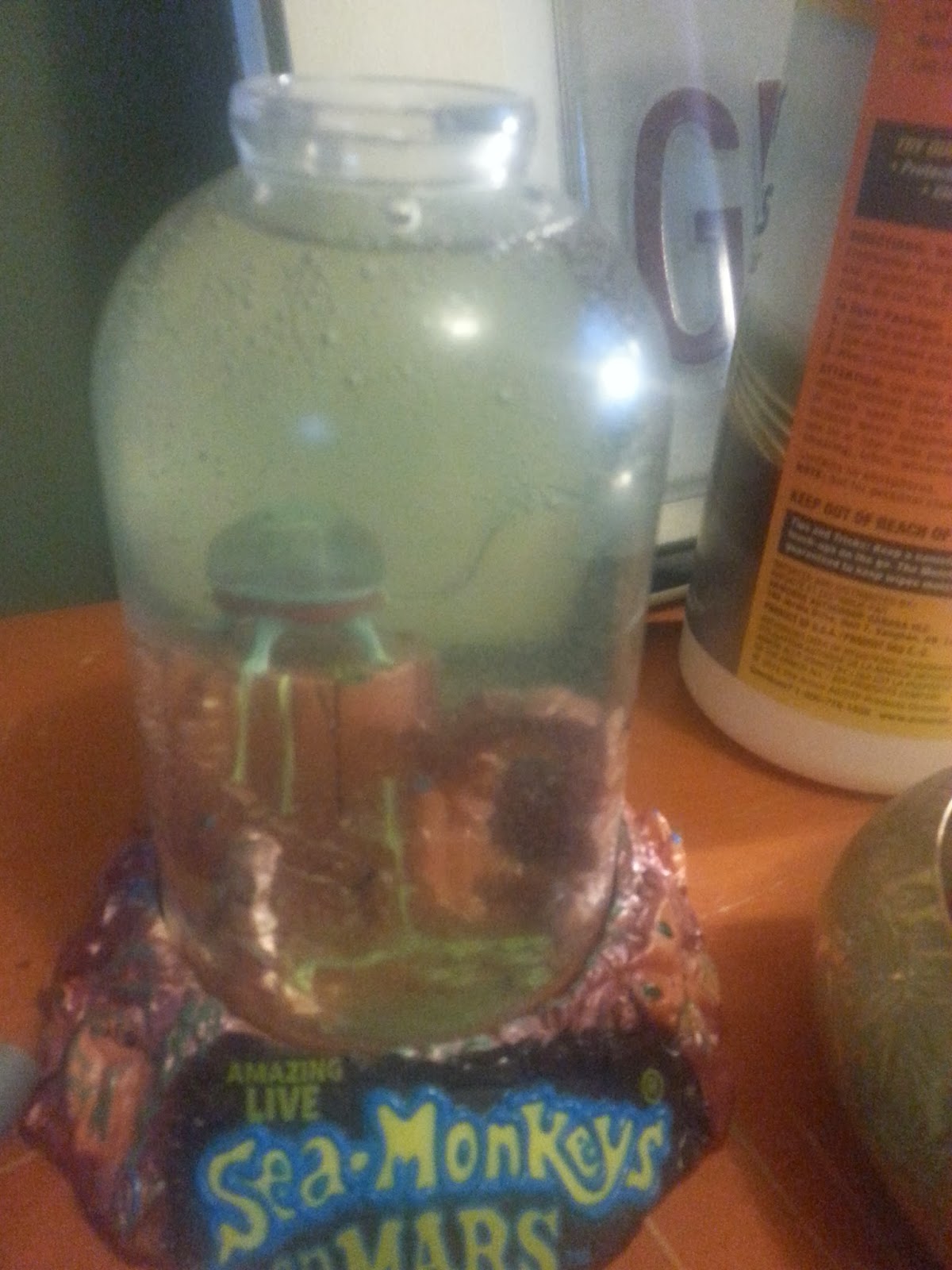 Doesn't really look like there's anything on in there. I think a combination of the temperature in my apartment, the age of the eggs (this particular Sea Monkey kit dates back to 2008 according to the package), and my incompetance may have at least hindered the growth of my Sea Monkey colony, if it hasn't just shut it down altogether.

In other words, Sea Monkeys on Mars was even more disappointing than I expected. That being said, I'm going to remain optimistic and vigilant, just in case they decide to hatch or whatever. I'll post on here if anything happens.
Posted by fingerwitch at 6:41 PM