(disclaimer: I was drunk when I wrote this)

First off, quick personal update and a brief explanation for what I'm on about and why. A month and a half ago, I packed up my shit, moved out of my mom's house and shacked up with my friend and her boyfriend in Halifax.

So the other day the three of us were sitting around, and they were trying to decide what they should go as for Halloween. I, being a super helpful friend, started shouting out retarded shit, from Dory and Nemo's dad, to Tetsuo and Kaneda, to cigarette and cigarette package.

Some of the stuff we came up with, though, wasn't entirely terrible so I, being a super helpful human being, figured I would share them with the internet just in case there's any couples out there who don't want to go with Frankenstein and Bride of Frankenstein, or Homer and Marge Simpson. So without further ado, ridicuolous Halloween costumes for the creative couple... My personal favourite, this can be sexy, or disgusting, or a combination of both depending on how you feel abotu Halloween. The main thing is that it`s super easy, and perfect for lapsed Catholics.
You Will Need: Black pants, black shirt, priest`s collar, bible, crucifix, rosary, nightgown, make-up (tutorial starts at 0:41), white contacts (optional).
Bonus: If you get too drunk at the party and throw up, it's actually part of the costume.

Also super easy, plus The Terminator is the epitome of awesome (nevermind that Rise of the Machines kinda sucked - if you're jacked enough you could easily just swap out the leather pantsuit for a black tank top and go as Sarah Connor)
You Will Need: Red leather pansuit, black leather jacket, leather biker gloves, sunglasses
Bonus: If you can actually do a halfway decent Arnold impression.

This costume is extra creepy if you actually are brother and sister.
You Will Need: Pretty much anything in black, white, and/or red. This costume takes next to no effort!
Bonus: Bring your drumkit.

If anybody actually knows what you're doing, they are clearly awesome. Furthermore, sometimes it's hard to do a matching costume when you're two dudes and don't want to be fuckin Bert and Ernie or some shit.
You Will Need:  Silver bodysuit (I can't find one of these without a mask - just... leave the mask off coz that's creepy), platform boots, hawaiian shirt, fedora, moustache if you don't already have one.
Bonus: If you can get people to go as Naboo and Bollo I commend you, sir. 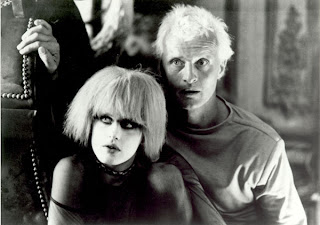 Blade Runner is probably in my top five favourite movies, and Pris and Roy are hands down my favourite movie couple. I'm sure that this has been done pretty damn near to death but it'd still be fucking awesome.
You Will Need: Blonde hair, lotsa eyeliner, studded choker, mesh top, black bodysuit, fishnet stockings, stompin boots, black leather coat and grey sweater OR no shirt at all, black pants.
Bonus: If you can get a dove, that would be great. Probably my second favourite movie couple, Conan and Valeria kick ever so much ass.
You Will Need: Pretty much any generic barbarian costume will do - if you want to get really accurate I can't help you.
Bonus: See "T-101 and T-X"

"We was like peas and carrots" THIS COSTUME IS FUCKING GENIOUS.
You Will Need: Sexy carrot costume, sexy peas costume. Done.
Bonus: If you can find a pea costume that is actually sexy. The one I found was more disturbing than anything but all the other ones I came across were either for babies, or Sweet Pea from Sucker Punch.

ERASERHEAD AND LADY IN THE RADIATOR 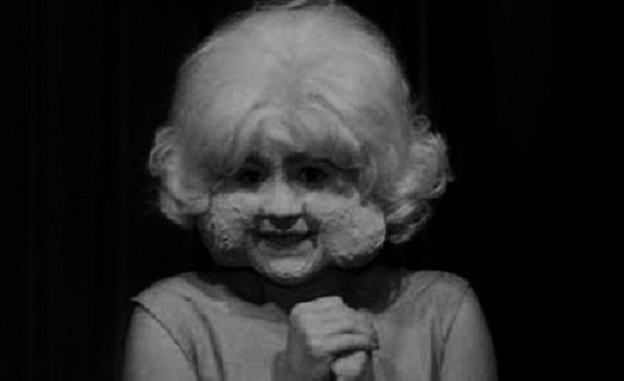 This is kind of a weird one but I think it's cool and sort of apropos if you and your significant other are total freaks.
You Will Need: Crazy hair, suit, white dress, weird ass makeup (I can't find a link for this - I'm thinking tons of putty and shit. I don't fucking know, somebody else gotta figure this out).

I think this is a great costume idea, given that you are not going to a bar or club or party where bringing a pitchfork would be frowned upon.
You Will Need: Black shirt, brown dress, cameo, black jacket, white shirt, overalls, pitchfork, glasses.
Bonus: If you are unhappy and dour.

I just... I don't... this is actually a terrible idea for a costume. It's like when you're at that point in your relationship where you're just like "fuck everybody else on the planet, we're too cool for y'all", know what I'm saying.
You Will Need: Shark costume, octopus costume
Bonus: I hate you. 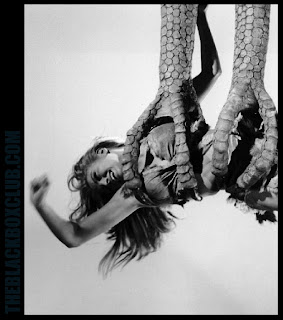 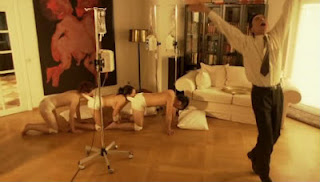 After all that discussion I suggested the three of us just be the human centipede but we couldn't decide who would get to be the front.
You Will Need: Bandages, three people, chutzpah.
Bonus: If you pull this off, son, send me pictures.


Actually, if anybody wants to send me pictures of their halloween costume, couple or otherwise, hit up fingerwitch@gmail.com. The ones I find most entertaining I will post on my blog. Sweet, la?
Posted by fingerwitch at 1:53 AM